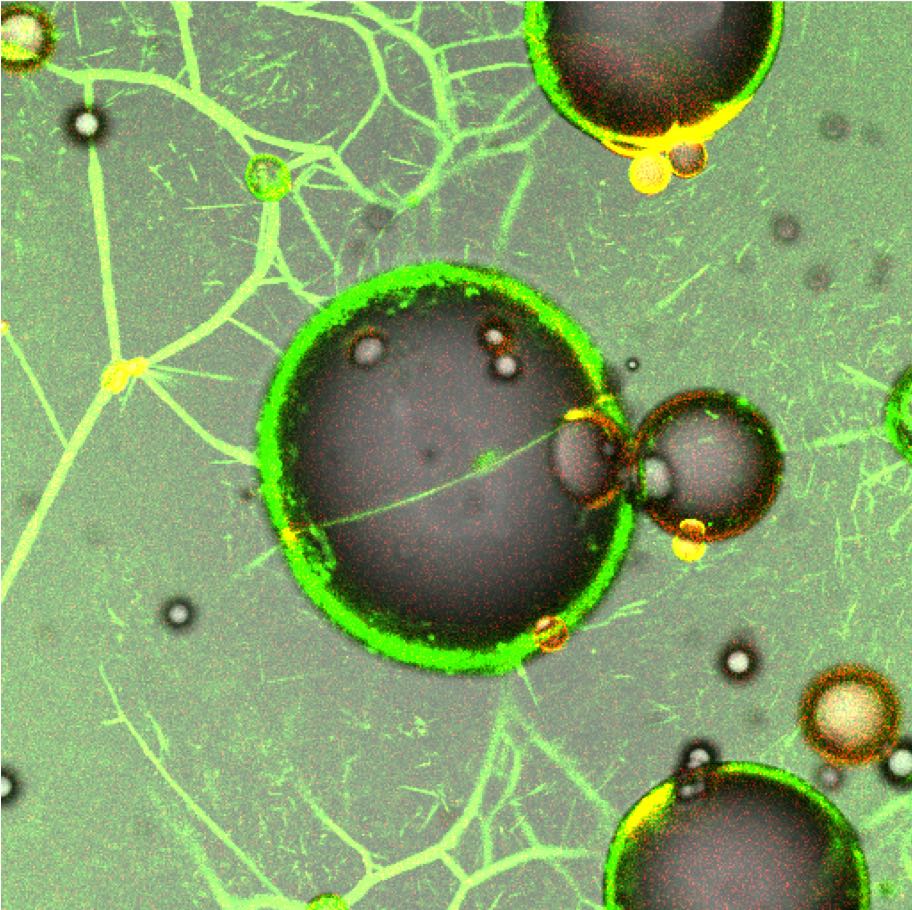 The team is interested in two themes. The first is the regulation of cellular energy metabolism by organelles called lipid droplets, which are drops of oil-in-water emulsion formed in the cell during periods of energy storage. The team is developing approaches based on the physics of emulsions, combined with cell biology, in order to understand the dynamics of these droplets. More specifically, it is trying to understand how these organelles are formed and how proteins are specifically recruited at their water-oil interface to regulate metabolism. The second topic concerns the screening of protein activity on the surface of emulsion droplets generated and controlled by microfluidic tools. The objective is to understand how the physico-chemical properties of emulsion membranes, known as DIBs, regulate communication between compartments through the proteins studied.