The wave-particle duality is an emblematic property of quantum mechanics that brings matter and light together: it is possible to carry out typical wave optics experiments (interference, diffraction) with matter waves, just as one can even do geometric optics with electrons: in a conductor where they do not undergo diffusion processes (ballistic regime), they propagate in a straight line. But because the “electronic index” of the medium (determined by the Fermi level) does not have the physical constraints of the optical index, it is possible to have large index modulations, and thus exceed the possibilities of Optics…

Researchers from the LPENS Mesoscopic Physics team (ENS, CNRS, Sorbonne University, University of Paris), in collaboration with the universities of Aachen and Singapore, have developed the electronic equivalent of a corner reflector: a prism-shaped element at right angles that reflects any light beam at 180°, regardless of the incident direction. To do this, they used a graphene sample in a ballistic regime, encapsulated in boron nitride, all placed above nanostructured metal electrodes that create highly contrasted doping profiles. In order for the laws of optics to apply, however, the change in index must be abrupt at the scale of the matter wave, in the order of 20nm, twenty times smaller than that of light. This clean room exploit, achieved over several years, has a considerable advantage: the indices of the prism (B) and the surrounding environment (A) (directly dependent on doping), are modulable in situ.

In their study published in Nature Communications [1], researchers report reaching a ballistic regime for conduction electrons in graphene, which respects Snell-Descartes and Fresnel laws at the interfaces. Moreover, the choice of a strong index jump that cannot be achieved in optics (nB > 2.6 nA) forces the electron to internal reflections, and overall to an almost total reflection of matter waves by the system. Better still, it is possible to modulate electronic indices in situ at telecom frequencies (GHz), and thus to quickly vary the transmission of the device, a characteristic prohibited in a usual rectangular geometry by the Klein tunnel effect (the “Klein paradox”).

However, if an electron collides with a phonon, its propagation will change direction, and it may eventually escape by transmission. This phenomenon, which limits the transmission and therefore the electrical resistance of the device, has been theoretically modelled in this article and provides a quantitative understanding of the experimental discovery of a plateau of the device transmission.

If this work has made it possible to create an original graphene transistor by diverting the laws of geometric optics to counter Klein’s paradox, its main interest is elsewhere: its sensitivity to electron-phonon interactions transforms the system into a potentially very useful phonon probe, capable of detecting phonons travelling through the graphene, even at subnanosecond flight times. 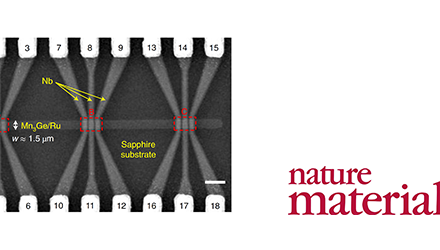 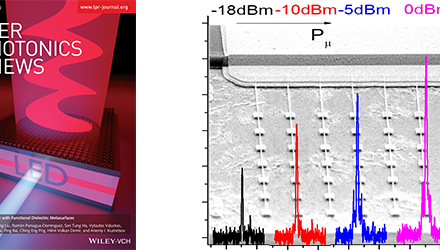 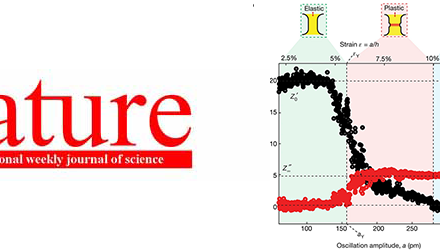 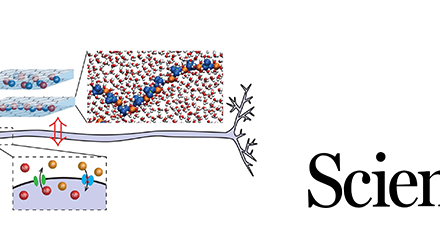